Slower Lower BBQ is a competition BBQ team based in Milton and Wilmington, Delaware.  Officially formed in 2009 by team captains Mike Jarrell and Mark Stallard to take their love of cooking and especially BBQ to another level.  We’ve each been back yard chefs for about 20 years (or so) and wanted to explore our love of BBQ and see how we would do in competition.

I bought my first Weber grill the year I got married and moved out of my parent’s house. It was of course a charcoal grill because in my opinion there is no reason to own a gas grill….. Unless you use it to light your coals. To this day I think of that purchase as one of the best investments I’ve ever made. My grills have given me countless hours of enjoyment and have really driven my interest in learning new ways to cook. Not to mention the excuse to stand around and drink a few beers….Not that you need an excuse for that!

A few years ago my brother introduced me to his friend Ron Templeman who is the Head Cook of Pigheaded BBQ. www.pigheadedbbq.com After speaking with Ron for a while I had the idea that my brother and I should compete in a BBQ contest… And so it began.

My love of competition has really inspired me to focus on educating myself on the different techniques of BBQ. I have now teamed up with my good friend Mark, who like me loves to cook….Not to mention standing around and drinking a few beers.

We have really worked hard on sharpening our skills and hope to have many great seasons of BBQ. Come check us out! 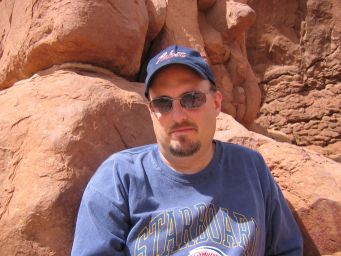 I’ve been a fan of cooking and fire separately since I was a kid and when I was old enough to combine the 2, I was hooked. Being impatient and having a short attention span, I’ve always been a griller and not so much a BBQer. I know, I know , but my Weber gasser has served me so well over the years. There’s also a Weber kettle been floating around the plantation for about 15 years…but has been kinda lonely due to my “addiction” to propane. But I do show her some love now and then when the mood strikes me.

My buddy (and teammate) Mike, who I’ve known for about 18 years, is a hardcore charcoal kinda guy…doesn’t even own a gasser and never has. Well, he and his wife moved to FLA for a few years, had a family and finally moved back here to DE about 3 years ago. Back in Summer 2008, he calls me and tells me that he and his brother are doing a BBQ comp in Dover, DE and asked if I wanted to join in. Of course I said YES, of course I had no idea what I was in for, of course I did what I normally do at home, of course I did not fare well…but we all had a he!! of a time. His family, my family we all joined in and had a blast. Fast forward a year to October 2009, he and I decide to form our own team, compete in Dover again, refine our recipes a bit, did absolutely no practice or research (again), were met with some of the worse God-awful weather you can imagine, but in the end did better than ’08. (Did you see us on BBQ Pitmasters? Prolly not…)

I’ve always been a huge fan of Weber’s products but had never seen this WSM thingy until last year when we used Mike’s brother’s WSM in that comp. WOW, what an awesome piece of gear that is! It just hummed along all night through that nasty weather and I knew I had to have one. After that comp is when I finally went online and discovered the wonderful online BBQ community. The past 6 months or so has been like going to school reading the BBQ Brethren and The Virtual Weber Bullet message boards and learning how the more experienced BBQ chefs do this thing we all love to do. So now, I am trying to give back myself as much as I can to this community.

Since gaining this new “addiction”, Mike and I each bought our own WSMs and plan to do 5 comps this summer. We’ve been practicing, developing and documenting our recipes and creating a cooking schedule for competition. And we’re in far better shape than we were last year…thanks in large part to the online BBQ community. THANK YOU!!! (I cant say that enough).